NAIROBI/ISLAMABAD: Less than one per cent of all patent applications relating to Clean 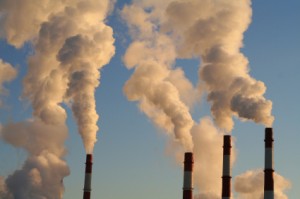 Energy Technology (CET) have been filed in Africa, highlighting an opportunity for the continent to leapfrog existing fossil-fuel energy sources and; thus, cut Greenhouse Gas Emissions and bring major health benefits, according to a recent study.

A new study by the UN Environment Programme (UNEP) and the European Patent Office (EPO)—Patents and Clean Energy Technologies in Africa—found that Africa has a huge untapped potential for generating clean energy, including enough hydroelectric power from its seven major river systems to serve the whole of the continent’s needs, as well as enormous potential for solar energy, wind energy, geothermal energy etc.

For example, hydropower, the most commonly used renewable energy source, is estimated to be utilized at just 4.3 per cent of the continent’s total capacity—although recent years have seen efforts to ramp up clean energy, with North African nations leading in solar and wind, Kenya in Geothermal, Ethiopia in hydro and Mauritius in bioenergy.

However, intellectual property and patenting in particular have been highlighted as a significant factor limiting the transfer of new clean technologies to developing countries, and identified as a barrier to these countries meeting new emission limits for CO2 and other Greenhouse Gases.

While the lack of patents filed means CETs can be freely exploited in Africa, the lack of these patents to protect their products means source companies may be reluctant to offer up their know-how to promote technology transfer.

“The development and transfer of technologies are key pillars in both mitigating the causes of climate change and adapting to its effects; patents are a crucial part of this process,” said Nick Nuttall, UNEP Spokesperson.

“In addition to an accelerated response to climate change, boosting clean energy technologies have multiple green economy benefits including on public health—for example, in sub-Saharan Africa more than half of all deaths from pneumonia in children under the age of five, and chronic lung disease and lung cancer in adults over 30, can be attributed to solid fuel use,” he added.

The report found that of the one per cent of identified CET-related patents filed in Africa, the majority came in South Africa, meaning there has been very little activity in the remaining African states.

However, there are signs that the situation is changing. Despite low patent application numbers, the overall inventive activity in African countries grew by 5 per cent between 1980 and 2009, compared to 4 per cent at the global level. With a 59 per cent increase, mitigation technologies grew most significantly in that period.

Most African nations are fairly well integrated into the international patent system and an increasing number are putting in place specific patenting policies and strategies, which place significant importance on technology transfer, as part of their development framework.

As a consequence, African inventors – individuals and domestic companies active in the field of CETs – are also putting greater emphasis on patents as part of their business strategies, using the international, regional and national filing systems for patent applications in Africa and elsewhere.

The story published first in Lahore Times on May 14, 2013.
Weblink: http://www.lhrtimes.com/2013/05/14/tech-transfer-can-help-mitigate-heat-trapping-emissions-unep-study/