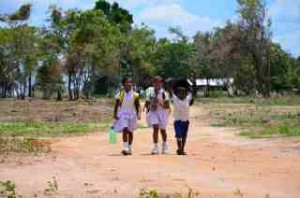 TOKYO (Thomson Reuters Foundation) – It is often said that people in the poorest countries suffer most from climate hazards and the effects of a warming world. Now we have the data to prove it.

Between January 1980 and July 2013, climate-related disasters caused 2.52 million deaths around the globe. Of the total, a disproportionately high number of deaths – 1.28 million or 51 percent – were recorded in the world’s 49 least developed countries (LDCs), according to a recent briefing paper from the London-based International Institute for Environment and Development (IIED). – http://www.trust.org/item/20131206094547-fy6ma/?source=hptop