SUMMARY‘Temperature, rainfall and soil moisture have a significant impact on rice production.’

With the key rice-growing areas in the country receiving erratic rainfall in the last two decades, scientists have been working on techniques to minimise the adverse impact on foodgrain production. Trilochan Mohapatra, director, Central Rice Research Institute (CRRI), INDIA’s premier institute under the ministry of agriculture, talks to FE’s Sandip Das on the issues concerning climate change and its impact rice production.

What has been the impact of climate change on rice cultivation in India in last 20 years?

Temperature, rainfall and soil moisture have a significant impact on rice production. Change in climate is evident from the uneven distribution of rainfall, higher frequency of occurrence of extreme events, rise in atmospheric temperature. These changes are affecting rice in certain years. For example, the 2009 summer monsoon was the weakest since 1972 that reduced kharif rice production by 13 million tonnes to about 71 million tonnes.

Similarly, in 2002, rainfall was only 81% of the long period average. Deficit rainfall was most severe in the months of June, July and August, coinciding with the crucial vegetative and growth stages of rice. The production of rice has shown an upward trend during the period 2005-06 to 2008-09 and it reached a record level of 99.18 million tonnes in 2008-09. However, rice production declined to 89.09 million tonnes in 2009-10 due to long spells of drought.

Is the rainfall pattern change in the country impacting rice cultivation?

As per the National Plan on Climate Change report, a trend of increasing monsoon season rainfall has been found along the west coast, northern Andhra Pradesh, and north-western India (+10% to +12% of the normal over the last 100 years) while a trend of decreasing monsoon seasonal rainfall has been observed over eastern Madhya Pradesh, north-eastern India, and some parts of Gujarat and Kerala (-6% to -8% of the normal over the last 100 years) and parts of south India. Although rice production has been showing a steady upward trend, poor monsoon rainfall is the main reason for low yields in some years. Rainfall unpredictability and increasing temperature due to the impact of climate change are likely to add to the volatility of rice harvests in India and other parts of Asia.

What are new varieties, techniques developed by CRRI that would help rice farmers deal with climate change?

What should be the strategy India needs to adopt to sustain the growth in rice production in the next two decades?

Augmenting production by improved crop management, cultivation of climate tolerant varieties, improved seed sector and technology dissemination mechanisms, the lack of which are some of the key reasons for yield gaps. The watershed management programme can yield multiple benefits. Such strategies could be very useful in future climatic stress conditions. Conservation agriculture is one of the most important strategies for combating climate change adverse impacts.

Increasing the income from agricultural enterprises by suitable actions such as accelerated development of location-specific fertilizer practices, improved fertilizer supply and distribution system, improved water and fertilizer use. 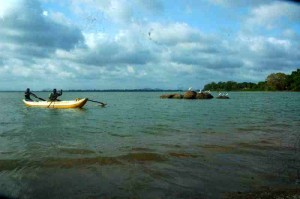 HANOI/ISLAMABAD: A new international research centre inaugurated on May 7 Hanoi

would help Vietnam to develop climate-smart farming technologies that mitigate impacts of climate change on an array of food production systems in the country and across Southeast Asia.

The CGIAR’s research programme on Climate Change, Agriculture, and Food Security (CCAFS) Southeast Asia regional office in Hanoi will support the work of many contributing international and Vietnamese research and development partners as they work toward providing solutions to ensure climate-smart agriculture in the region, according to a media release emailed to this scribe.

“Vietnam is highly vulnerable to the vagaries of climate change in Southeast Asia,” said Dr. Robert Zeigler, director general of the International Rice Research Institute (IRRI), one of the participating organizations and host of the new office. “The Mekong Delta in Vietnam supplies the country with around 20 million tons of rice per year, about half of the country’s total production. This supplies not only Vietnamese rice consumers but also other rice consumers around the globe because Vietnam is the second-largest exporter of rice in the world.

“If we want to make sure that those people dependent on Vietnam’s rice production – including many living in poverty – have enough rice to eat, we must help Vietnamese farmers to keep producing affordable rice in the face of climate change,” he added.

The new CCAFS research hub will ensure more resources and people on the ground to increase the ability of all partners to undertake research and work closely with local partners.

Started in 2011, the CCAFS program brings together the world’s best researchers in agricultural and climate science. With active regional programs in East and West Africa and South Asia, the program’s expansion into Southeast Asia promises new opportunities and innovations for smallholder farmers facing climate change. “We look forward to working with partners in Southeast Asia and sharing what we’ve learned from other parts of the world,” said Dr. Bruce Campbell, program director of CCAFS.

Climate change research is already underway to help Vietnamese farmers. In the Vietnamese province of Bac Lieu, rice farmers experience saline conditions and a lack of water that make it difficult to grow rice.

By adopting a water-saving practice called alternate wetting and drying, they have reduced their water use without compromising their yields. Salt-proof rice varieties are also being developed that will give farmers a fighting chance against salinity.

“There are many excellent examples of climate-smart agriculture in Vietnam that could potentially be adapted for countries in Africa and other regions,” added Dr. Campbell. “The CCAFS program wants to use the best knowledge available to develop approaches that can be scaled up to reach hundreds and thousands of vulnerable farmers around the world.

The story published first in Lahore Times on May 11, 2013.
Weblink: http://www.lhrtimes.com/2013/05/11/climate-change-research-centre-launched-in-vietnam/