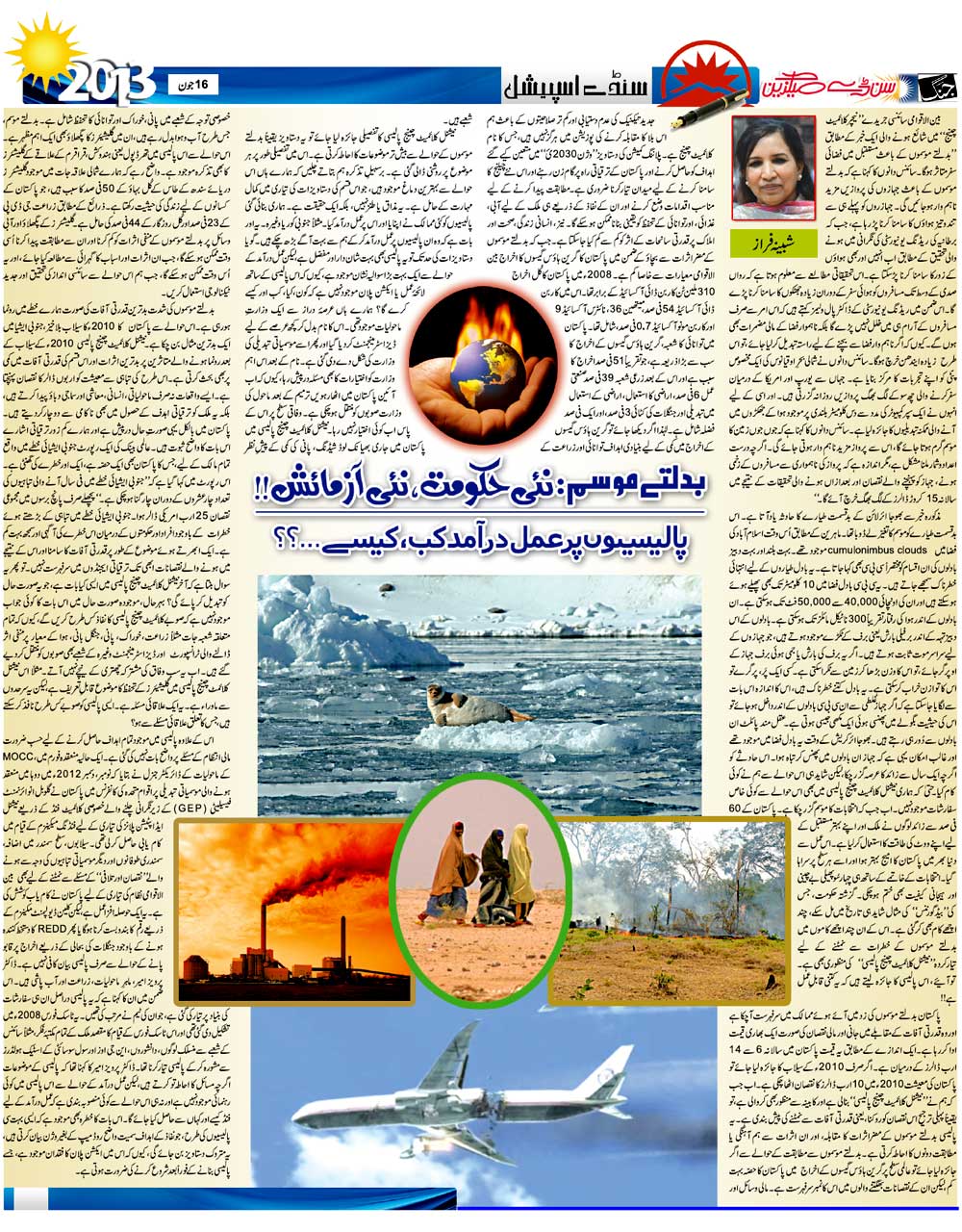 Climate change will lead to bumpier flights
Climate change will lead to bumpier flights caused by increased mid-air turbulence, according to an analysis by scientists of the impact of global warming on weather systems over the next four decades.
The study, which used the same turbulence models that air traffic controllers use every day, found that the frequency of turbulence on the many flights between Europe and North America will double by 2050 and its intensity increase by 10-40%.
In Pakistan, last year unfortunately we had a bad accident, an air craft (BHOJA airline) crashed and experts blamed to bad weather due to climate change.
In experts opinion, was the factor of the air crash of Bhoja Air flight may thundery activity along with precipitation was reported around the airfield on the fateful day. Presence of Cumulonimbus (CB) clouds associated with thunder storms, detected also by met offices.

Associated with the thunder and rain, another weather phenomenon is presence of “Microburst”. Microburst is vertical movement of air at very high speed reaching even 6000 feet per minute and after hitting the ground dispersing 360Â° in all directions and varying the wind speed in horizontal direction also.
Experts say these are clear signs of climate changes because Cumulonimbus (CB) clouds have seen first time in Islamabad atmosphere.
Now the Climate change is becoming a big challenge for new government of Pakistan.