YANGON, Myanmar (Thomson Reuters Foundation) – Experts warn that in the midst of its boom, Myanmar must build resiliently, with an eye on the country’s vulnerability to natural disasters.

Since political and economic reforms were begun in November 2011 by the government of President Thein Sein, capital inflows have led to new offices, hotels and apartment complexes sprouting in the country’s largest city.

Elsewhere, new economic zones are being opened up, such as the Thilawa Industrial Zone near Yangon and the Dawei Special Economic Zone to the south, near the border with Thailand. 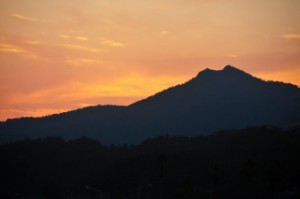 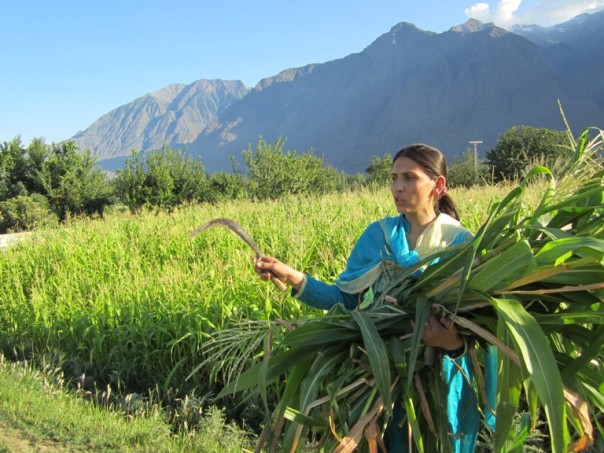 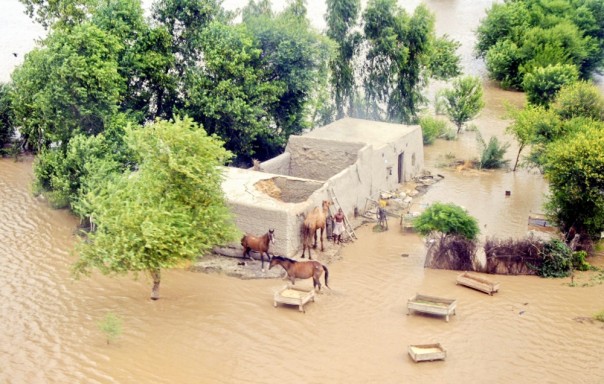 SIALKOT, Pakistan (Thomson Reuters Foundation) – “We kept quivering with fear the whole night and could not sleep even a wink,” recalled Salma Zehra, a mother of five teenage children. The family trembled to think that the roof of their mud house could cave in at any time, as the rain lashed down in a huge thunderstorm.

By early morning on July 22, the house in Mehtabpur village in northeast Pakistan’s Sialkot district was waist-deep in water. The torrential downpour had left Zehra’s two buffaloes dead, the 45-year-old said in a shaky voice.

Another bout of heavy rain followed later that night. The Dek tributary of the Chenab River in Sialkot, 192 km (122 miles) from Islamabad, burst its banks, submerging more than 72 villages in the district.

Besides Sialkot, other districts in Punjab province have also suffered massive damage to crops across 1,000 hectares of land, as well as to properties. According to the district disaster management authorities of Sialkot, Gujranwala and Narowal, an estimated 400 villages have been flooded.

Officials have declined to give final figures for the losses, but say dozens have died and thousands of people remain stranded in the affected parts of the three districts. Some are starting to return home, but many houses have collapsed and must be rebuilt, they report.

Sialkot District Coordination Officer Iftikhar Ali Sahu told Thomson Reuters Foundation thousands of people had been trapped on the roofs of their houses during the worst of the flooding. “Mortality among cattle is high – the number of dead animals continued to rise as the floodwaters began to recede on July 26,” he added.

The situation in adjoining districts is just as bad. In Narowal alone, around 2,000 people were marooned on their rooftops in some seven villages a week ago.

Less than 30 percent of the floodwater has yet to recede, according to Mujahid Sherdil, director-general of the Punjab Provincial Disaster Management Authority.

Machines have been brought in to help drain water out of the flood-affected areas, and he hopes the task will be accomplished in the next two to three days, he told Thomson Reuters Foundation from Lahore.

Sherdil said the torrential rainfall had caused breaches of irrigation canals, streams and natural dams, and the floods had washed away crops, livestock, roads, bridges, buildings and even entire villages.

“Besides paddy, maize and vegetable crops, fodder fields are also underwater. This has created an acute shortage of fodder, and it is barely possible to save our cattle from the looming threat of hunger and disease,” said Zehra’s husband, Ghulam Abbas.

“Last month, we predicted that this year monsoon rains across the country would remain normal with no possibility of flooding. But unexpected heavy rains in the northeastern districts are startling for us,” said Ghulam Rasul, a senior weather scientist at the Pakistan Meteorological Department (PMD) in Islamabad. “This shows how monsoon rains have become erratic and unpredictable in timing, volume and intensity.”

Sherdil, head of the Punjab disaster management agency, said the heavy rains and flooding had caught them unprepared.

“We were closely following the weekly and monthly forecasts of PMD that never predicted heavy rains of unprecedented significance for July in northeastern parts, which have been nearly 40 percent above normal for the month,” he said.

It has been difficult to get aid into the affected areas due to damaged and flooded roads and bridges, he said. “Nevertheless, we left no stone unturned to get the emergency relief items including food, medicines, to the flood victims on boats – although (they arrived) a bit late,” he added.

They said the impacts of short- and long-term monsoon shifts would affect the lives of over a billion people in the region, who rely on rainfall for agriculture, hydropower generation, economic growth and basic human needs.

Understanding how the South Asian monsoon will alter due to climate change is necessary to cope with the effects, reduce the risk of disasters and safeguard people’s livelihoods, they underlined.

“Addressing the uncertainties in projected changes of the monsoon variability in coming years will remain a daunting challenge for climate scientists,” said Arshad Abbasi, a water and energy expert at the Sustainable Development Policy Institute in Islamabad.

Arshad Khan, the executive director of the Global Change Impact Study Centre (GCISC), the research arm of Pakistan’s Federal Climate Change Division, said the country is in the grip of unpredictable weather patterns.

Intense monsoon rains will be a common phenomenon, particularly on the country’s southern plains which lack water reservoirs and are highly vulnerable to floods, he warned.

And a spurt in the speed of glacial melt, due to rising global temperatures and above-normal monsoon rains, is likely to cause rivers to overflow and burst their banks across the country, he added.

Officials at the Climate Change Division, which operates under the oversight of the prime minister, said efforts are underway to tackle the vagaries of climate change across different sectors of the economy, particularly agriculture and water.

The Climate Change Division is developing climate adaptation plans for the agriculture, water and irrigation sectors, which will be implemented in Pakistan’s four provinces in collaboration with international NGOs and provincial government offices.

It is also working on programmes to ensure that climate change is considered in other sectors such as health and education, to make them more climate-resilient.

Abbasi of the Sustainable Development Policy Institute said the best ways to avert the growing threat of floods in Pakistan include efficient watershed management, reforestation in northern mountain areas and the revival of riverine forests.