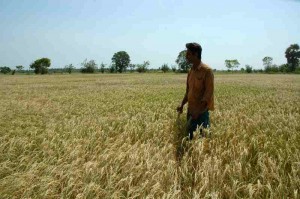 CHANGTHANG, India , Sep 5 2013 (IPS) – The famed pashmina shawl that keeps the cold away – in style and at a price – could itself have become the victim of winter. Thousands of goats whose fine wool is weaved into pashmina have perished in extreme cold being associated with climate change.

Pashmina is drawn from Changra goats found in Ladakh region of Kashmir state and a part of the Tibetan peninsula, more than 14,000 feet above sea level. The peninsula is often called the Roof of the World.

Little grows in these areas where the temperature can drop to minus 35 degrees Celsius. The local Changpa nomads live off their herds of sheep, yak and goats.

The Changthang region of the larger Tibetan Peninsula does not normally see heavy snowfall, though. That may now be changing, given the heavy snowfall earlier this year that deprived the Changpas of fodder for their animals.

“In the past five years this is the second time I have seen such heavy snowfall,” Bihkit Angmo, 53, who rears goats, told IPS outside her tent in Kharnak, a nomadic settlement 173 km east of Leh, the capital of Ladakh. “This new trend of snowfall several feet high has left us quite worried.”

SRINAGAR, India, Aug 16 2013 (IPS) – Zareena Bano has had to skip school 17 times this year to help out on her family’s farm in Tangchekh village in the northern Indian state of Kashmir.

Her teachers say she has the potential to be a brilliant student, but warn that if she keeps missing school she will not go far.

Never before has the 15-year-old had to sacrifice her education in order to support her family, but an acute water crisis in this Himalayan state has made irrigation a constant worry and severely disrupted the way of life for thousands of farming families like her own.

Troubled though they are by the toll the extra labour is taking on their daughter’s schoolwork, Zareena’s parents are in no position to order her to stay away from the fields.

Her father, Gaffar Rathar, says the family is entirely dependent on the yields from his 2.5-acre paddy field and half a dozen walnut trees. Frequent droughts mean a lot of additional hard work for him and his family.

“Sometimes, when water is in extremely short supply, we have to store water in small ponds that we dug ourselves, and plastic containers,” he told IPS.

Faced with increasing frequency of droughts, and with irrigation facilities available to less than half the farms, rice farmers in Kashmir are wondering how to deal with water shortage. 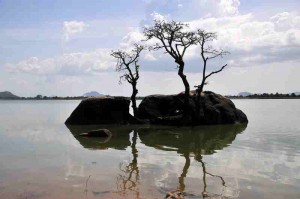 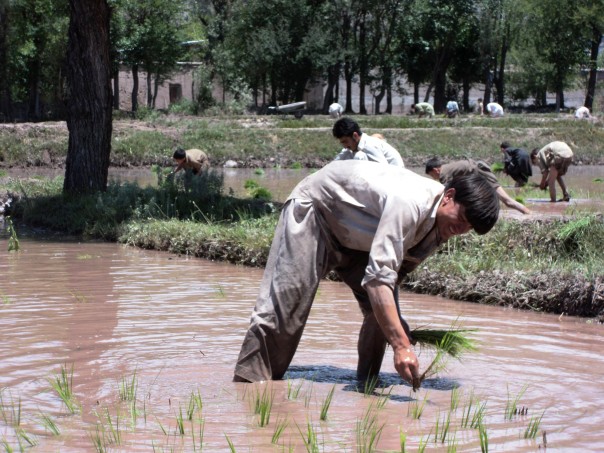