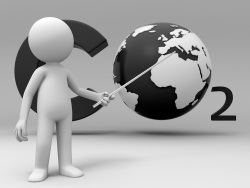 Can you guess which of those two long-established facts just received an additional jolt of publicized near unanimity among scientists?

It was, of course, the latter. (The oil industry has no economic interest in attempting to debunk the former, and you can no longer be persecuted for claiming it.)