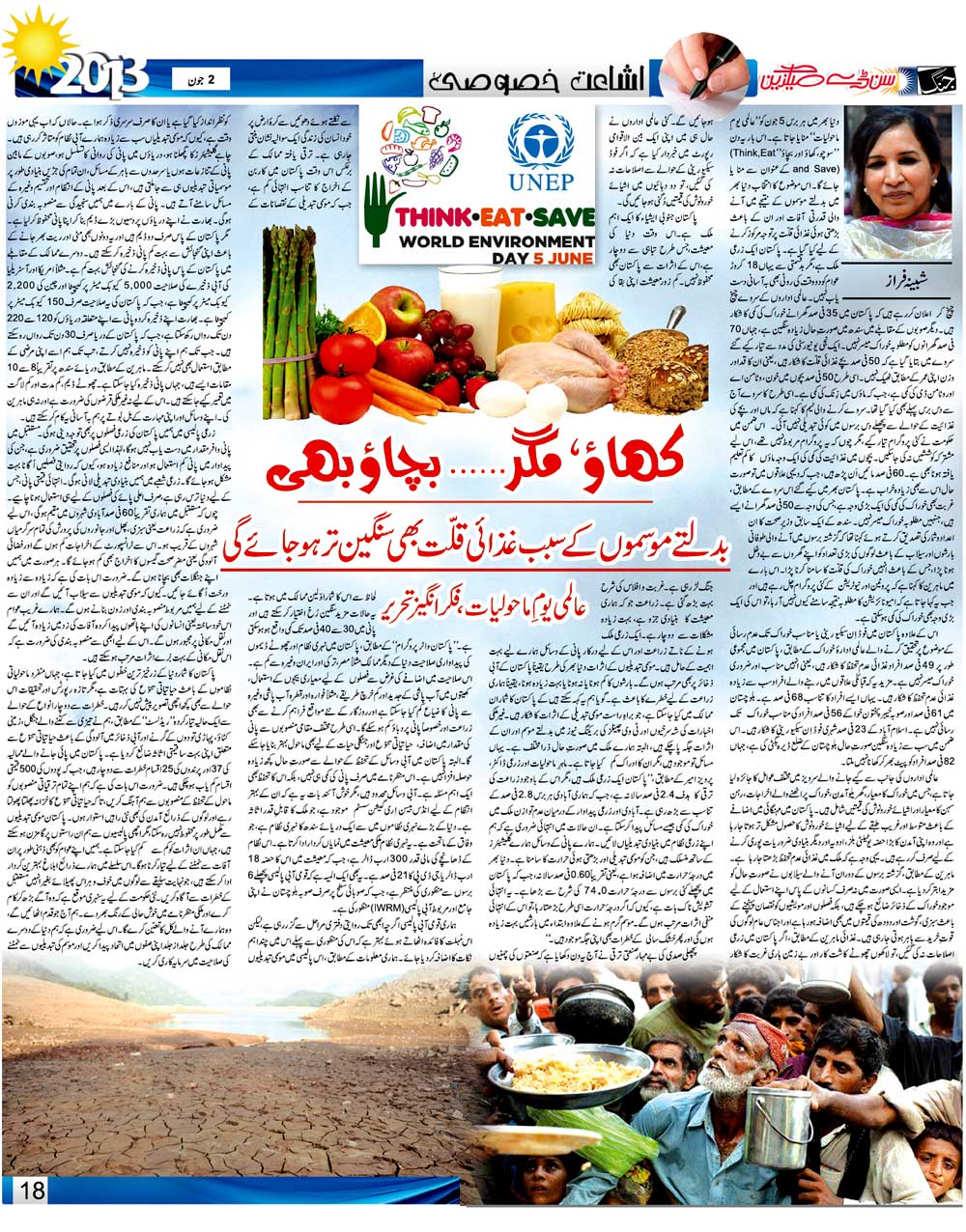 In this article, I described food security situation in Pakistan.
Climate change stressed our water resources and agriculture sector.Food shortages are becoming a pervasive danger and food insecurity a constant worry. More than half of Pakistan’s population is food insecure, anemic and malnourished. For those who are categorized as surviving on less than a dollar a day, a meal is just a naan or chapatti with a cup of tea, or maybe an onion or chillies. Even the middle class is unable to afford meat every day, and homemakers are hard-pressed to plan nutritious diets on severely constrained budgets.
Frequent weather changes trigger shifting patterns in crop growth, leading to lowered production, rising prices and inadequate means to feed the world’s hungry millions.
Environmental reports warn that the economic and human costs of natural disasters are likely to become more severe with climate change.
Pakistan itself has alarmingly high levels of malnutrition, or ‘hidden hunger’; nearly 24 per cent of the population is undernourished. The Food and Agriculture Organisation findings say that 37.5 million people do not receive adequate nourishment. Widespread deficiencies are rampant ranging from protein and iron to iodine deficiencies. Poverty is the main causative factor, leading to low consumption of food and use of foods with low nutritional value. Higher food prices hurt the poorest the most, especially the landless poor and female-headed households
http://e.jang.com.pk/06-02-2013/karachi/mag10.asp