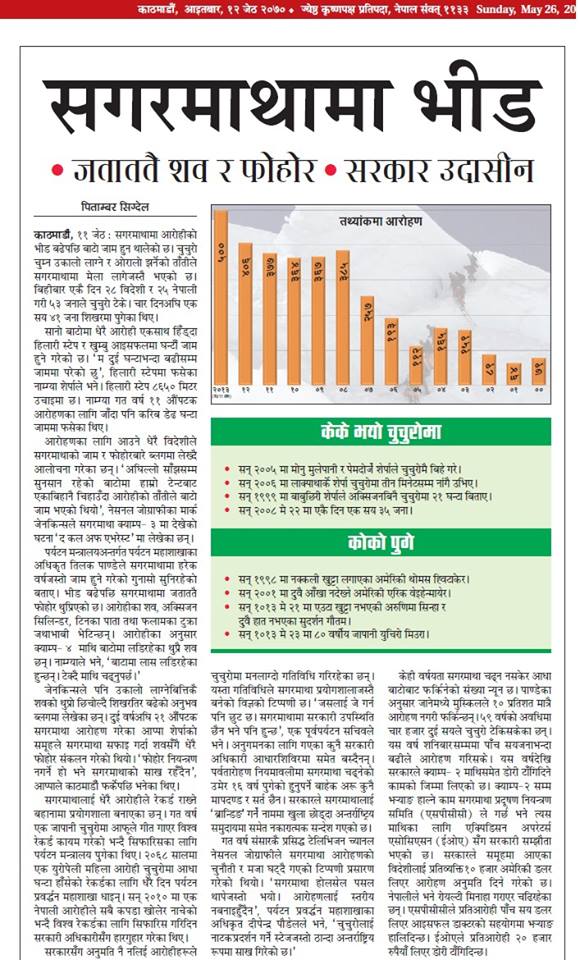 A warming climate is melting the glaciers of Mount Everest, shrinking the frozen cloak of Earth’s highest peak. Rocks and natural debris previously covered by snow are appearing now as the snow line has retreated. This year more 500 climber reached to the top. According to the climbers many dead bodies were on the way.