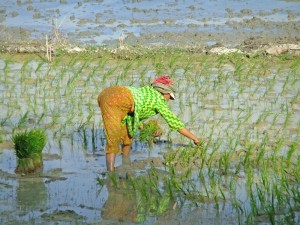 Women in the developing world, many of whom work in agriculture, are vulnerable to climate change.

Apparently the idea of girls being sold off into early marriage and women being pushed into prostitution is fucking hilarious.

Or so thinks the right-wing media machine, confronted this week with warnings about the negative ways climate change could affect women around the world.

Rep. Barbara Lee (D-Calif.) and 11 other House Democrats, both men and women, introduced a resolution that aims to raise awareness about the vulnerability of women and girls to global warming.