COVER STORY It was an ordinary winter afternoon and ranger Gyaltshen was in his office, seated in front of the computer documenting information, when a nervous voice, loaded with tension, crackled on his communication set.

In the dry season, the communication set usually transmitted news that foresters dreaded.  The voice relayed information about a forest fire at Debsiphakha in Thimphu.

Immediately, ranger Gyaltshen informed the four beat officers in his range to mobilise foresters to come and help contain the fire that was engulfing the ridge.

Having done that, without losing time, Gyaltshen then picked up a fire rack, knife, and the 18-litre water bag from his office store, and rushed to the site in his office hilux.

The fire was spreading rapidly on the slopes, consuming the dried grass rapidly.  This called for more help.  Gyaltshen called his chief forest officer and asked to seek help from the armed forces.

Joining forest fire fighters and volunteers, Gyaltshen then started battling the raging flames with branches he ripped from a nearby tree.

“With a strong wind fueling the fire, I thought it could take days for us to contain it,” he said.

Among the lot battling the flames was forester Phub Tshering from forest protection unit.  He’d rushed to the site with a knife and spade, as soon as he heard about the incident.

Apart from thrashing branches to put off the flames, he also drew a fire line with the spade and knife, while keeping a close eye on the movement of fire. “It helped protect a settlement and a community lhakhang,” he said.

Having received calls for help, the armed forces and desuung and other volunteers, including residents from nearby communities, flocked to the site.

Two hours later, the fire was under control.  But ten acres of forest was lost to fire.

All in all, the fire at Debsiphakha was a manageable one.  At times, the fire burns forests for days, spreading from mountain to mountain to inaccessible territories, making it difficult to control the fire.

When valleys are usually enveloped or cloudy overhead, foresters dreading the worst, check with foresters in other offices in neighbouring districts to check if a forest is burning.

Records maintained by the forest fire management division showed that, in the last five years, more than 45,000 acres of forest were lost to fire.

“The dry and windy atmosphere creates condition even for a small spark of fire to flare up and engulf the forest,” an official from the division said.

Meteorology officials explained areas, with less than 1,000mm rainfall annually, are at high risk of having forest fires.

Kurizampa, Trashigang, Tangmachu, Rongthong in the east and Thimphu, Paro, Haa and Wangduephodrang in the west, and some rain shadow areas of the central region fall in high risk zones.

Forests are considered as the most important natural wealth, and the economy is dependent on its protection, conservation and management, according to foresters.

“But forest fire are mainly caused by human intervention,” a forester said.

Some of the common causes of forest fire are agriculture debris burning, purposely setting off fires for regeneration of grass for cattle by farmers and by lemon grass harvesters, smokers, children playing with flammable materials, roadside worker burning bitumen or making fire to warm themselves or cook, campfires and electrical short circuit.

Claiming 100 percent of the forest fires to have been manmade, an official from the forest fire management division said, in the last five years, there were about 32 cases caused from agriculture debris burning.

“There were 10 to 11 cases reported to have been occurred while children were playing,” he said.

Citing an example of the fire that occurred in November 2012 at Samarzingkha, Thimphu the official said children, who were playing near the Thimchu set the fire and ran away from the area. “Parents shouldn’t give igniting objects to their children,” he said.

Once fire sparks, it spreads fast.  Fighting forest fire, foresters say, is difficult in a mountainous terrain, where road connectivity is very limited.

In places, where there is road connectivity, containing fire is much easier, since the fire brigade being able to access the site.

Most fires occur in places with no water source nearby or manpower.  Afternoon incidences are the most difficult to bring under control, with winds fanning the flames.

While these natural elements restrict firefighting, lack of equipment also hinders the process.  Unlike in developed countries, firefighter are without masks, gloves or water bags.

“Forget fire fighting tools, we don’t have enough to buy proper set for communication,” a forester said. “Most of the sets we use are old.”

Foresters said, without any annual budget allotted to procure fire fighting tools and equipment, even changing the batteries for their set was difficult.

Officials from forest fire management division said there are plans to replace the tree branches with proper firefighting tools, but because of the terrain, it is unrealistic.

“We can’t carry heavy equipment and walk for hours to battle fire,” an official said. “We have water back pumps, which are effective during incident to reduce the flame severity, and this equipment is supplied to all fire prone districts.”

Fighting forest fire is also considered a task for which one is unprepared.  Foresters rush to the area without much tools and end up at the site until the fire is contained, foraging meals and being trapped in smoke.

There have also been reports on casualties during such incidents.  At times, fighters lose their way in the forest.  Sometimes, situations turn out to be uncontrollable and so grim that foresters often find themselves praying for divine intervention.

Even Ranger Gyaltshen, who initially thought it would take days to contain the Debsiphakha fire, cannot help but believe divine intervention was what it took to contain the fire in two hours.

“The raging fire miraculously slowed down near a lam’s resident, and this helped us contain the fire,” he said.

Ujyaalo radio 90 network (ujyaaloonline.com), a nationwide news service provider to 150 local stations across the country, is among the few enterprises to have made the switch to solar power as an answer to the catastrophic power shortage. Aptly named Ujyaalo Ghar (Bright home), the four-story building is powered by 10 KW solar panels which caters to the energy needs of its 60 employees, enabling round the clock media production for both radio and internet. Read more

This story depicts the life of communities residing close to the sea, facing cyclones, floods and increasing salinity due to the sea level rise. Sea intrusion has put the people most vulnerable, facing displacement. They being live ion far off areas do not have access to electricity. Each family spends Rs100 for a litre of kerosene oil to light a traditional lamp. In fact the price of kerosene is lower in the urban market, these people spend more cost, equal to petrol.

Recently a group of philanthropists, comprising businessmen from Karachi and some from US came to visit a coastal village Haji Umar Jat, Thatta district to donate 300 solar lanterns among the well skilled embroidery maker women.

It was the first time for these tribes’ women, who attended a programme, different than their traditional gatherings. Otherwise, they usually gather at shrines located at distantly islands, where they travel by boats. The tribal bindings force them to stay at home or work in fields or boats with their family members.

The event was organized by a non-governmental Sindh Coastal Development Organisation in collaboration with UNDP Global Environment Facility (Gef) Small Grants Program, LEDtronics and Shan Technologies Karachi, which attracted more than a dozen philanthropists, who were eager to donate these gifts to the families living in the most neglected areas.

Masood Lohar, Country Director of UNDP Gef SGP said “this unique initiative is like a war against darkness, which we have started a few months back with this group of philanthropists.”

A group of these philanthropists have, so far, donated 3000 solar lanterns to the communities in the different areas with setting up five basketball courts to promote recreational activism among the youth.

Maryam Issa, leading the group of philanthropists, expressed the hope that these solar lanterns will support the skilled women to continue their work at nighttime. We have brought little gifts for 300 women of this area with a separate basketball court, also equipped with solar floodlights for their children.”

“We are seeing the skills, generosity and lifestyle of these people. Let us think how to adopt this village with providing all the basic facilities to it, specially health and education,” said the US-based Pakistani philanthropist woman.

The people in coastal areas are the most vulnerable in terms of tsunamis, cyclones, floods and droughts. The people being frightened whenever receive warning call of tsunami, cyclone or flood they shift their families hurriedly to avoid any loss. 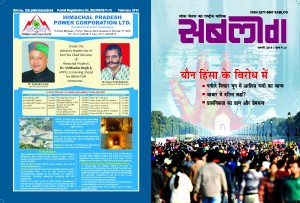 Article on pages 61 and 62 of this magazine.

An increasing amount of research linking black carbon to global warming could bolster US efforts to make control of the pollutant part of the climate agenda. But with considerable scientific uncertainty persisting over the warming effects of soot, public health not climate change remains the main reason to clean up Asia’s dirty air. Click here to go to story.

A profile of Kalankar Lake

This story depicts the situation of a complex of once scenic natural lakes, which were formed long ago when an old Hakro River would stream to the sea from the existing Tharparkar district, the desert area. It was also said to be the part of Indus Delta long ago, because the country coast is still bordering the desert district.

After years due to lack of government policies landlords deprived these wetlands of their share of water, discarded the same to dry. Politically influential persons even encroached upon the dried parts of the lakes and using the land for cultivation.

These lakes official have been linked to Nara Canal for receiving water. But due to different approach by the landlords and government officials these abandoned lakes turned into brackish water ponds because of frequent shortage of rains and blockage of the fresh water streams. This impacted badly on the ecosystem of Thar desert and destroyed resources of livelihoods of the communities, fishermen and herders living along the lakes through generations.

Flocks of birds, local and migratory birds used to come there, which have changed destinations because of depleting wetland, shortage of feed and its water quality.

These community people– fishermen use smaller boats operating without engine and herders wandering behind the herds of cows and camels—have more to say about the prosperous days they spent and rich biodiversity.

Major portion of the old Hakro river bed was the natural stream of the rain water to avoid floods, but it has been encroached for cultivation with building infrastructures, now causing flood destruction.  After several years, the lakes receive rain water when the flood-2011 hit the province and the communities heaved a sigh of relief, hoping they might remain safe.

Pakistan Fisherfolk Forum (PFF) struggling to restore these lakes by ensuring their water share like agriculture to preserve ecosystem and avoid impacts of climate change.